Cocaine The Devils Dandruff For those that have followed the journey so far this book brings the quadrilogy to an end and the answer's the questions you have all been asking. Cookster the gangster’s runner now a settled family man is once again pulled back into a familiar international underworld ruled by drug lords and financed by cocaine “The Devils Dandruff”. Whilst being ever loyal, to Mr. B, Old School, and Mr. Nice, the Cookster risks it all again only to find he is once more embroiled within the realms of drugs smuggling, sex, blackmail, revenge, dirty cash, and Russian hitmen.

After losing his cocaine field in Columbia and having his cannabis robbed off the back of his lorry in Spain, Mr. Nice is now desperate to pull off one last job before retirement. He has no option but to call on those he can trust, enlisting the help of old friends Wong, Malcolm, Cookster, and Old School as he tries to get the dirty informant within the firm. Will, the grass does a deal with the flying squad and see Mr. Nice, Old School, Wong, and the Cookster, go down while he safely escapes a long sentence in a high-security prison? Or does the firm uncover and stop the informant before it’s too late? Can the Cookster get the stolen depot money back and escape London’s underworld, Mr. Nice, the Columbian cartel, and the Russians for good?

This epic family adventure is based on a real historical event that changed our world. It follows Hector and his friends, as he tries to become more than a fat rat and cheese seller. That his dad had hoped for him and that he would follow in the family paw prints. Can Hector reach the stars? With the help of his best friend NESSA and the space agency, only time will tell? Jason Cook's hit children's novel tells the story of Rats and Mice aiming to go boldly where no Rat has gone before and to secure Cheese supplies for Earth!

A Nice Little Earner Cookster, the Gangsters Runner, now a settled family man, is once again pulled back into the UK’s underworld ruled by cocaine - Devils’ Dandruff. Ever loyal to Mr. B, Wong, Old School, and Mr. Nice, The Cookster once again risks it all only to find himself embroiled in familiar realms of drug smuggling, blackmail, revenge, dirty cash, sex, drugs, and Russian hitmen. After losing his lorry full of cannabis robbed off the back of his lorries in Spain and now losing the Columbians cocaine field in Columbia. Mr. Nice is desperate to pull off one last job before retirement to stop himself from getting killed. Mr. Nice has no option but to call on those he can only trust and enlist the help of his good friends Wong, Malcolm, Cookster, and Old School to help him try to uncover a dirty informant within their firm. They are all now desperate and plot a heist to steal a rare showcase of diamonds, which are displayed in London in order to settle all their debts once and for all with the ever so loyal jewelry thefts that Mr. Nice had met in Belmarsh prison many moons ago. The police are on the verge of seizing their clubs in Spain and Morocco after this last hit. They all plan to retire from the Firm which they call 'The Circus' London’s underworld before they all get nicked. Now it is a race against the clock before the flying squad catches up with them or will they? Because as like in most circles cash is king. Will the Cookster get out of London’s underworld alive and away from the Columbian Cartel? And finally, leave the clutches of Mr. NICE and OLD SCHOOL, or will it be too late? Will the grass within their circles now have no option but to do a deal with the flying squad to see MR NICE, OLD SCHOOL. MR. WONG and the COOKSTER go down for a long time while he safely escapes a lifelong sentence in one of London’s most notorious jails? Or will Mr. Nice's A team uncover and kill the informant at Heathrow Airport to take the police off them all before the police or the flying squad can get them into protective custody or to see them all go down once and for all? This book is a nice little earner contains. the flying squads, Customs officers, sex, drugs, guns, gangsters' dirty cash and not forgetting columbine and Russian hitmen, all in another installment of the gangster’s trilogy. Based on and around a true-life story where one line was never enough! And a thousand was way, way, too many. Feel free to join the group for more updates on the film which is based on the first book. 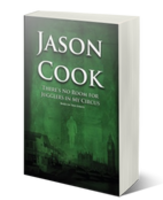 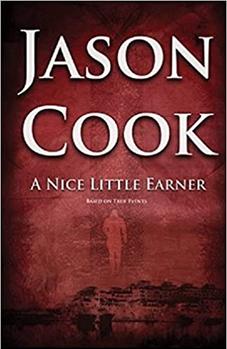 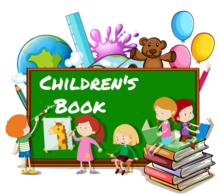 Jason Cook is a dyslexic writer he lives in Herefordshire where he grew up after moving from Hackney London after dealing with school and not knowing he had learning difficulties tell a lot later on in life he soon went down the wrong path. Now he knows he has used this disadvantage as a gift. ​

Jason fully admits he became hooked on drugs, after using them as a pastime with his peers. Which led to him selling drugs from his bedroom and on the streets to pay off his growing drugs debts to local dealers. Using knives and guns to protect himself and enforces drug debts has become the norm.

Soon he was faced with a situation he couldn't get out of. In debt with drug dealers, he sold drugs and bought stolen goods to use to pay them off.

The Gangsters Runner Based on true events, "The Gangster's Runner" is the long-awaited sequel to "There's No Room for Jugglers in My Circus". Part two of this exciting and intriguing tale of a young man trying to survive in a world of drugs and crime yet again takes you to distant shores. With a phone call from an old friend in need, Cookster finds himself back in the firm he had fought so hard to leave. Cookster soon falls once again into the temptation of beautiful women, sex, drugs and money, and gangsters... only this time the stakes are even higher as he becomes blinded by the lights in London and abroad.

No longer the boy in a man's world...The Cookster has come of age. Mr. B, Old School, Johnny the Hitman, and the beautiful Mandy all raise their heads as the story of true-life events continues. Now that the Cookster is a little older and wiser can he finally turn over his ace card? In this world run by cocaine - the Devil's Dandruff - can Cookster finally leave the circus they call the underworld forever or shall he continue to just be a Gangsters' Runner? This book is an insight into a dark world that exists in our towns whether we choose to accept them or not. 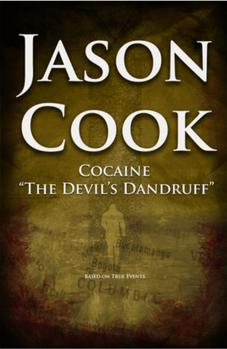 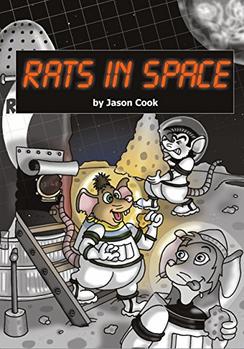 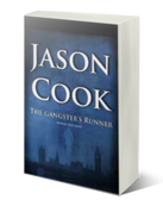 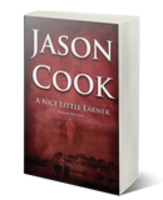 This story aims to entertain you through a dramatic compelling tale of triumph over adversity and prejudice. Euphoria Pirates of the South will transport you back on a journey to an era where underground music and legendary DJs and MCS were making waves with their music. This book pays homage to a time where those who are now in their thirties and forties can relate to and those who still go to underground raves and parties and are still listening to the old classics and the new music of today. As you read, you will be transported to when the youth mixed music on their turntables in their bedrooms with mixtapes and dub-plates and white labels not forgetting the MCs of those times. This is a time when the youth took unprecedented risks to show their talents and were making their voices heard through pirate radio stations.

This gave them a platform to express themselves when mainstream stations wouldn't even give airtime to them. Pirate radio was born out of necessity and it also helped in many ways to enhance the phenomenon of rave music and a following with acid old school an urban underground tunes, garage jungle and more of the same music heard on the radio stations. This would soon be heard at underground squat parties, warehouse raves, clubs, venues, and outdoor raves not only in the UK but across the world. People were coming to gather in Unison and euphoria was exploding all across these pirate radio stations. Lana who is the main character in the story ventures on a journey to try and make it in a world that was once a male-dominated industry, but will the abuse she encounters and the street lifestyle stop her from achieving her dreams. Everyone has a dream but not all can achieve their dream, so can Lana really make it happen when faced with all the odds stacked up against her. “The airwaves will never be the same again” 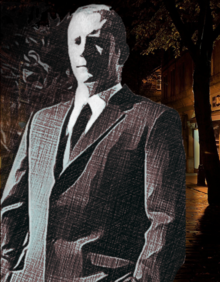 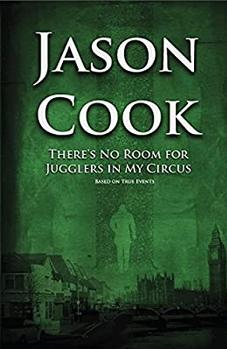 For all four books in this series buy here.

There's no room for Jugglers in my Circus tells the tale of a young man's drug-addled youth misspent in Borehamwood and London where cheap gossip was rife, "friends" were just ships passing in the night, and dreams remained just that. Given the young man's drug habit, his involvement with gangsters, violence, and prison seems inevitable.

Cookster dissects the psyche of personalities fueled by drink, drugs, and power, and draws colorful sketches of the different types of a gangster from "the Real McCoy", a highly influential "gentleman" who practices a code of honor among thieves, to the "plastic gangster", a "wannabe" who has all the bluster but none of the power. Despite everything, there is light at the end of the tunnel for the narrator, as he retains his hopes for the future, and keeps his aspirations alive amid the chaos. And all the time the story is fueled by cocaine, the devil's dandruff. 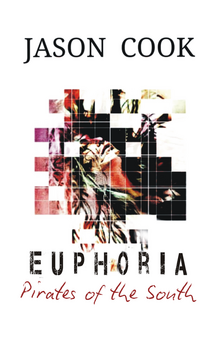 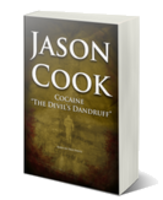 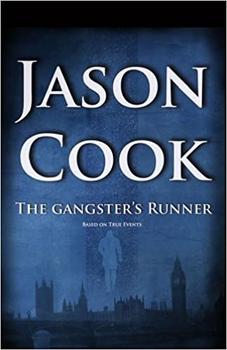